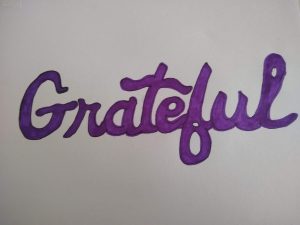 It’s actually surprising that I’ve never tried soap making before, for two reasons. One: I feel like I’ve pretty much tried my hand at just about every craft by now. And two: Two important people in my life regularly make soap – my sister and my sister-in-law. Truth by told, I have not actually used store bought soap in years! I’ve had a ready made supply and I just love using handmade soap. Using it in the shower each morning makes me feel like I’m doing one really nice thing for myself every time I use it.

Well, our supply was dwindling and my sister-in-law recently moved (close to us, yay!!!) and hasn’t had a chance to make soap since she’s been doing other things, like renovating not one but two…wait, three… places. As I started freaking out about buying store-bought soap, she kindly invited me and Jon over to make our own batches. Fun!

We started out by choosing our scents. I wanted to try blending a few scents together, even though I have no idea how to do that. I wanted something fresh smelling and refreshing. I liked a lot of them. There was a plumeria scent that reminded me of Hawaii (love that smell!) and an oatmeal stout smell that was really intriguing. In the end, I went with a scent called “Grass stain” (smelled like fresh cut grass, and reminded me a bit of Sauvignon Blanc, so there you go). To that, I added a hint of sweet orange, that in the finished product is just barely perceptible. Jon chose lilac – his favorite scent ever.

Then we chose our colorings. I wanted green, and wanted something subtle and natural looking so I went with an all natural sea clay for one part. For the other part, I kept it the natural ivory color of the soap. Jon went with the same green and natural and added a purple clay as well.

Then we could choose different options, such as oatmeal and other exfoliants. I opted out; Jon added oatmeal to his. And then we got started – let’s see if I can remember this.

We started out by measuring the lye (which you need to be very careful with) and added distilled water. It started producing heat immediately and we had to let that sit for a while to cool down. Then, we mixed up various oils, including olive oil, palm oil, coconut oil, and castor oil, and then added the lye mixture to that. We whipped it up with a hand mixer until smooth. This was the basic mixture.

Now there are all kinds of considerations, and you don’t want the mixture to “trace” too quickly. Tracing is basically hardening, and certain scents can make it trace faster, like the lilac that Jon chose. I divided my batch into two, since I had two colors, and added my mixed scent to the first one.

Then I added my clay, which I had rehydrated in water, and mixed until it was a color I liked. Then I added the rest of the scent to the second color (non-color). Then, in a rectangular mold lined with silicone, I poured in a circle of green, then on top of that a circle of white. I made other circles next to it, and then on top of each other, alternating green and white.

About halfway up the mold, my batch started tracing, and it got clumpier to pour, which changed the look of it. It was ok with me since I was just experimenting, but I can see how this would be a concern if you were really trying to make something specific. When I got to the top, I poured the rest of the white mixture and then I used a mini-whisk to make the top have a sort of whipped appearance. Overall, I was really happy with it!

Then Jon did his, alternating the three colors in solid stripes with the purple on top. The top he mounded up like a mountain, which I thought was really clever because it does look like a lilac flower! Then we waited…

A few days later, we took them out of the mold and cut them. They smell great and look really cool. Now, we wait 4-6 weeks for them to cure, which hardens them and makes them better somehow (I wasn’t paying a lot of attention at that part).

Anyway, I loved it! In the past, I would have raced out to get all the equipment myself, but I’m learning an important lesson in life – I don’t need to own everything. Jill has the all the equipment a hop, skip and jump away and said I could use it anytime. So I’m already thinking about my next batch and wondering if I should incorporate an essential oil blend of my creation… Another thing to think about (along with baking, and making curtains, etc. etc. etc.)

I love trying new things, and I also love to see what goes into things. Soap making takes skill. And a LOT of ingredients. I used to scoff at paying more than $5 for a bar of soap, but it’s one of those things…unless you make it yourself, you really have no clue how hard it is and or what is required. I think we’ve all gotten quite spoiled by our Walmart culture and unrealistically expect things to be dirt cheap all the time. Anyway… I’ll get off that “soap box” —- HA!

I’ve also been doing more cooking than usual, inspired by Season One of the “Great British Baking Show” – I can’t get enough. I’ve been using up the last of the strawberries that we picked locally. I made a strawberry ice cream, and a King Arthur recipe for lemon squares with strawberry-rhubarb topping. Tonight I used up the cherry tomatoes from our hanging tomato plant and made a Mediterranean puff pastry tart. It’s been nice to have good food, but I am worried about the scale. Tomorrow, back to lentil soup.